Lough Derg is a gateway to the one of the most beautiful parts of Ireland. Here is a list of some of the most popular areas that you could visit.

The Cliffs of Moher

The stunning Cliffs of Moher rise to 241m high and on a clear day the Aran Islands, Galway Bay and the valleys and hills of Connemara are visible in the distance.   Visit the eco-friendly visitor’s centre, relax in the café, browse the craft shops or take a boat ride to see the majestic cliffs from the sea.

Originally built in 1277 by Thomas de Clare, the Norman-Irish Castle was destroyed and rebuilt more than once in the centuries that followed.   The Castle is the most complete and authentic medieval castle in Ireland and boasts one of the finest collections of 14th-17th century material in these islands. The castle and its contents are now held in trust for the nation. The establishment is managed by the Shannon Development Company, which arranges medieval banquets on a year-round basis. The castle is open to visitors daily during the year.

Discovered by Jack McCann, a local farmer, in 1944, the 1000 feet long cave is one of the oldest of the Burren Caves having formed millions of years ago. Guided tours, lasting 30 minutes, allow you to observe beautiful caverns, bridged chasms, underground waterfalls, weird mineral formations and the hibernation chambers of brown bears which have been extinct in Ireland for centuries. Facilities include a restaurant, craft shop, information desk and outside, ‘The Hazelwood’ crafts village. For more information visit www.aillweecave.ie

Craggaunowen is where Celtic life is brought to life! Ireland’s original prize-winning centre dedicated to interpreting Ireland’s Pre-historic and early Christian eras. Exhibits range from Bronze Age homesteads to Celtic Chieftain’s residences. Craggaunowen houses the Brendan boat – the leather hulled boat which Tim Severin sailed across the Atlantic to prove that Irish Monks made the journey long before Columbus.

The Rock of Cashel

One of the most spectacular archeological sites in Ireland. It sits on the outskirts of Cashel on a large mound of limestone bristling with ancient fortifications.

Mighty stone walls encircle a complete round tower, a roofless abbey, a 12th century Romanesque chapel, and numerous other buildings and high crosses. The Rock of Cashel is composed four structures which are the Hall of the Vicars Choral, the cathedral, the round tower, and Cormac’s Chapel. Hore Abbey is about one kilometer north at the base of the rock. 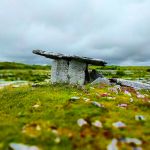 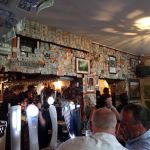 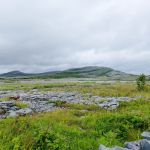 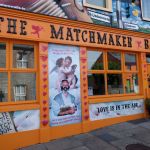 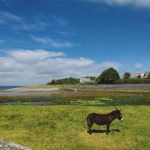 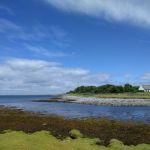 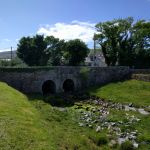 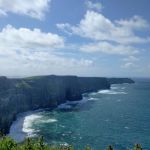 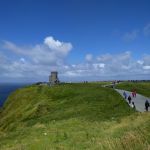 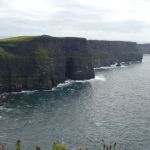 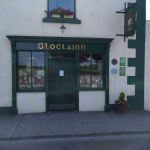 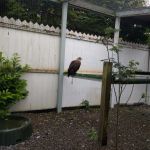 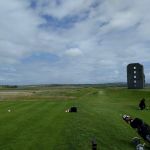 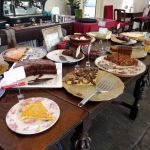 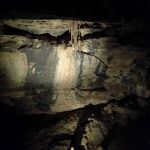 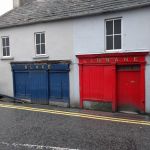 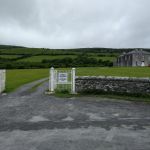 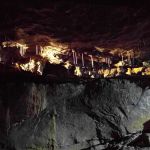 Within the grounds of Bunratty Castle is Bunratty Folk Park where 19th century life is vividly recreated. Set on 26 acres, the impressive park features over 30 buildings in a ‘living’ village and rural setting.   Meet and chat with the Bean an Ti (Woman of the House) and various street characters including the Policeman and Schoolteacher who give the site its sparkle.

It’s a wonderful experience for adults and children alike with something for everyone to enjoy!. Traditional crafts of an earlier age may be observed in action basket weaving, candle making and the home-baking of bread. A collection of early agricultural machinery is also on show.

Originally a MacNamara stronghold, (built 1467). Restored in the 19th century by Lord Dunboyne. The castle passed to the Land Commission in the late 1920s and was re-sold in 1966. The new owner refurbished the interior in 15th century style. The castle is open to visitors and medieval banquets are served from March to October.

Situated in Birdhill, the Design Centre boasts a magnificent display of Tipperary Crystal on the ground floor whilst in the Food Hall, a mouth-watering array of fine preserves, chutneys, oils and hand-made chocolates are available to tempt one and all. The Gift Department on the first floor offers a mix of Irish made products including Eden Pottery, Newbridge Cutlery and Jewellery, Linen, Rhynhart Bronze, Louise Kennedy Clothing, Scarves, Soaps and Candles. The choices are endless.

Want to find out more?

The unique diversity of the Burren’s flora has constantly attracted much attention and is at its best about mid-May or a little later.

Its extraordinary rock formations, spreading over 500 sq km, have been refereed to by many observers including General Ludlow, who led Cromwellian forces to Limerick and Clare in 1651 as “a lunar landscape”. The Limestone pavements are a direct result of glaciation and erosion. The area is rich in megalithic tombs and ring forts steeped in antiquity.

In the picturesque village of Kilfenora, The Burren Centre gives the visitor an introduction to the visual delights and ancient mysteries which await to be discovered in this unspoiled corner of Ireland.

Birr Castle, Co. Offaly Includes one of the most amazing gardens in the country with Formal Garden and River Garden. It is a parkland with thousands of rare trees and plants collected all over the world, rivers, a lake and waterfall.

In the grounds is the Great Telescope, built by the third Earl of Rosse in the 1840s. It was the largest in the world for 70 years. The Historic Science Centre is a superb visit. It contains astronomical instruments, cameras, photographs and photographic equiptment used by the third and fourth Earls and Mary, Countess of Rosse, in the middle and late 1800s.

The impressive castle at Portumna was the seat of the Clanricarde Burkes, for so long the most important landowners in County Galway. It was completed c. 1617 by Richard Burke, 4th Earl of Clanricarde, but was accidentally destroyed by fire in 1826. The Office of Public Works has been involved in its restoration in recent times.  You can visit both the castle and gardens and enjoy a tour of the grounds.

Regal Killaloe, once the capital of Ireland as the 11th century seat of heroic King Brian Boru is at the south-west tip of Lough Derg. The heritage centre comprises a tourist information office, crafts centre and an exhibition tracing the history of Killaloe from the 10th century to the present day including it’s strong nautical links with Lough Derg, the largest of the River Shannon Lakes. 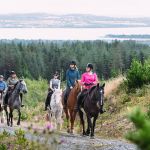 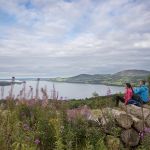 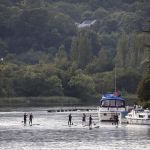 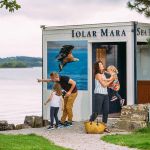 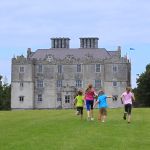 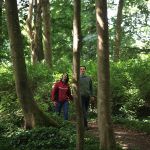 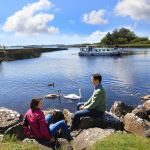 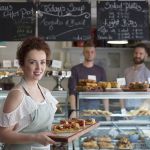 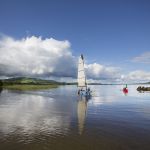